Removing gender from MTV awards: a start, but not equality 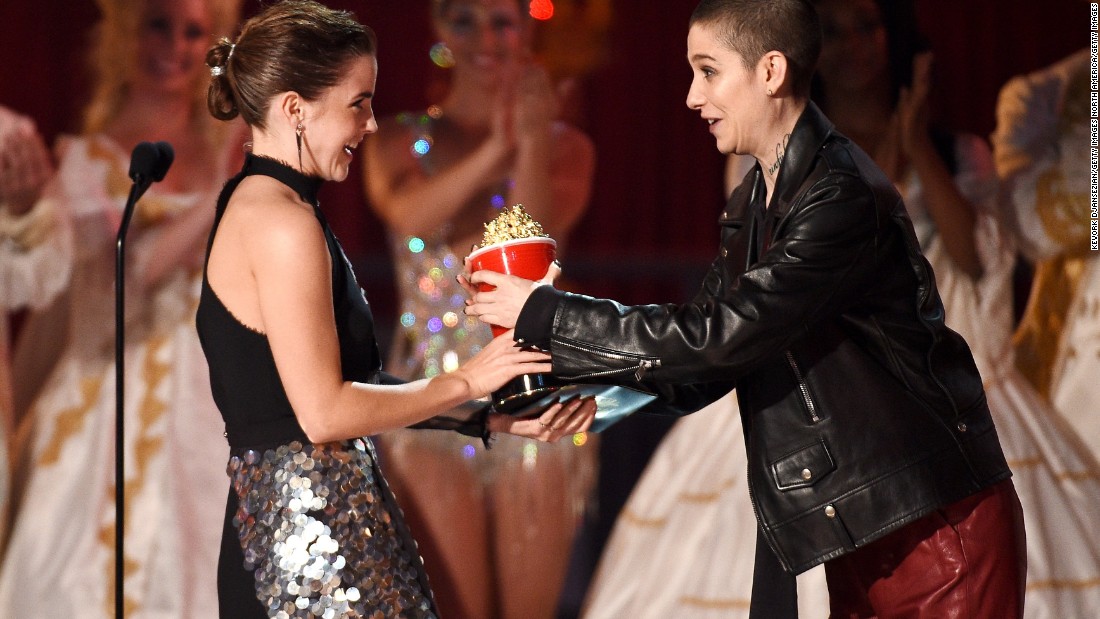 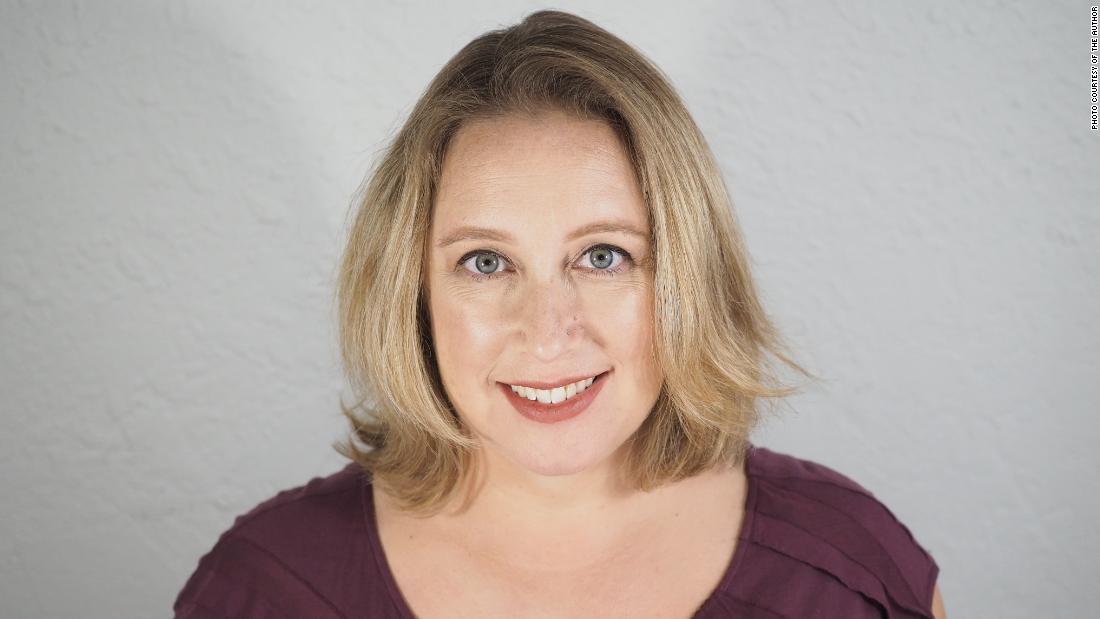 But the most significant development at this year’s awards was the debut of genderless acting awards, replacing the conventional “best actor” or “best actress” categories. Emma Watson and Millie Bobby Brown took home the two major acting awards, best actor in a movie and best actor in a TV show, respectively, for “Beauty and the Beast” and “Stranger Things.”
Are genderless acting awards the answer to achieving gender parity in Hollywood? Actor Asia Kate Dillon thinks so. Dillon, who identifies as gender non-binary and who uses the gender-neutral pronoun “they,” presented the award to Watson in a symbolic gesture whose meaning was lost on no one. “Binaries, whether it’s ‘man’ or ‘woman,’ or ‘black’ and ‘white,’ were created to separate us,” they were recently quoted as saying. “So without (them), there is only ‘us,’ which makes us all equal.”
The notion of genderless acting categories — just like the notion of a color-blind society — is a nice idea. But we can’t just pretend that patriarchy and male privilege don’t exist anymore, that women will magically have the same chance at recognition that men do, especially when they still earn 80 cents to the male dollar on average.
By featuring genderless acting categories and casting Dillon as a presenter, MTV obviously wanted to make a statement about gender identity. Abolishing gender-specific acting categories also seemed to be MTV’s effort to show greater respect for women in Hollywood. In his acceptance speech, “Beauty and the Beast” director Bill Condon reinforced this line of thinking by thanking “women,” a huge and powerful audience, he said, who were going to change the movie business. 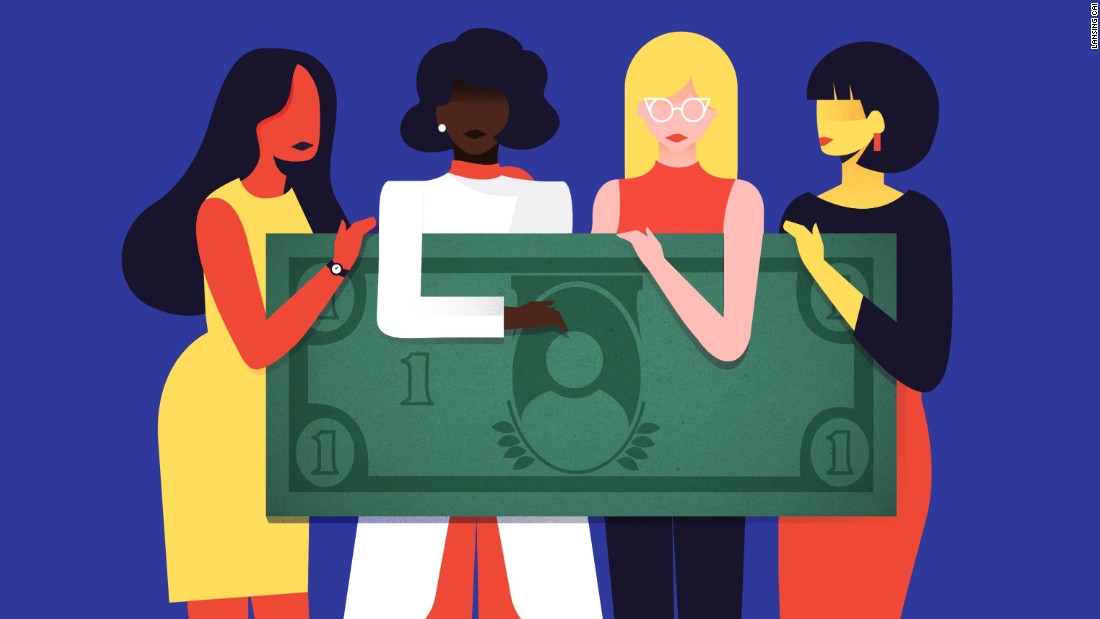 The overwhelmingly Pollyanna-ish tone of the show notwithstanding — and, let’s be honest, this is a feature of most awards shows — I take issue with Condon’s statement, and with the whole premise of genderless acting categories as a step toward gender parity. First, women have always been a huge segment of moviegoing audiences and currently hold a slight majority, and yet, they still hold very few positions of power as top executives, directors and producers. Not that much has changed at the top of the Hollywood hierarchy since the days of the Bette Davis-Joan Crawford rivalry that was just dramatized in Ryan Murphy’s FX show “Feud.” Like the incredible animated opening montage of that show, male executives and male-dominated writing rooms are still pulling the strings.
We shouldn’t take it on faith that, because these two genderless acting awards went to women, this will become a trend — especially at more prestigious, serious awards shows like the Oscars, Golden Globes and Emmys. As April Reign’s #OscarsSoWhite campaign proved, Hollywood’s “wokeness” is not a constant, and the Academy had to be shamed into diversifying its membership and nominations. Back in 2002, when Denzel Washington and Halle Berry took home the most important acting awards, many thought the problem of racially diverse representation had been solved. And yet, in 2015 and 2016, no actors of color were nominated at all. 2017’s windfall of nominated black actors (which, notably, included no Latino actors and only one South Asian actor) was clearly a response to this failure.
Beyond the reach of Hollywood, we are also living in a moment when, as many thinkpieces have asserted, the “The Handmaid’s Tale” — the TV adaptation of Margaret Atwood’s dystopic novel in which women under a brutally misogynist regime are reduced to their biological and domestic functions — feels too close to our current reality for comfort, and we cannot afford to buy into the idea that genderless acting categories will help achieve substantive gender parity. Women are facing restriction, and even criminalization, of reproductive rights, decreased access to affordable contraception and preventative health services, and a rampant culture of sexual assault where perpetrators are rarely held accountable and survivors often made to feel that they are at fault. Trans and gender nonconforming people face particular prejudice and violence, and the stigma they face is not going to simply melt away if awards shows cut their categories in half.

As Watson acknowledged in her acceptance speech, MTV’s genderless acting category will mean different things to different people — and perhaps, like Dillon, most gender nonconforming people will see it as an important step. Unfortunately, I don’t foresee this move heralding a genderless future. Before we dispense with gender (and race), we need equity, and in a world where — as we saw after last week’s healthcare vote — a room full of old, straight white men can still make decisions about women’s bodies, we aren’t there yet.