Pete Davidson isn’t one to bad-mouth fellow stand-ups — unless he’s talking about a certain “piece of s**t” disgraced comedian!

As we reported, the Saturday Night Live star sat down with Charlamagne Tha God for an in-depth interview, where he discussed his

Pete, for his part, has beef with the Louie star going a few years back, after he apparently tried to get him fired from SNL for smoking too much weed. When asked about those rumors, the New Yorker confirmed:

“Yes. It’s a true story… pretty much he just ratted me out to my boss. I never really got over that.”

Which is why Pete really relished Louis’ comedic downfall a few years later. He said:

“Oh my God, it was amazing. I imagine it’s what Ariana feels like now, just watching me tumble for two years. But that felt great. That guy hasn’t been nice to many people. He’s not a nice guy.”

When asked to elaborate, he added:

“He’s a piece of s**t. He’s not nice to young comics…What’s also sh**ty is that he’ll be nice to you one-on-one, and he won’t be real with other people about you.”

Unfortunately, that’s how a lot of industry people have been to the actor — including some of his SNL co-stars.

When asked how much longer he thinks he’ll be on the NBC comedy show, Pete mused:

“I personally think I should be done with that show, because they make fun of me on it. I get [it’s a comedy show], but, like, I am cold open political punchlines, I am Weekend Update jokes… When I’m not there, they’ll be like, ‘Uh huh, Pete Davidson’s a f**king jerk face.’ It’s like, whose side are you on?”

Pete went on to admit:

“I have a weird feeling in that building where I don’t know whose team they’re playing for… I’m the joke or if I’m in on the joke. I really wanted last year to be my last year, but I’m still around…”

While he insisted that Lorne Michaels has been a “father figure” to him, noting the series boss has treated him “with nothing but love,” Davidson described the environment inside Studio 8H as “cutthroat,” sharing:

“Everyone’s trying to get their s**t on. Everyone wants to be the next thing… You’re not gonna get coddled over there, you know… they don’t give a f**k at the end of the day.”

That’s showbiz for you!

Pete also got candid about how fame has affected his mental health, revealing:

“It’s made it much worse. I’m much more insecure. Much more unsure of myself than I’ve ever been. I’m also just embarrassed.”

“I’m always depressed, all the time. I have to constantly bring myself out of it. I wake depressed, but now I know my steps. I have to go outside and be in sun for a little bit, or go for a walk. It’s all just programming yourself to trick your brain.”

The star explained that while he does have suicidal thoughts, he “can’t” go through with it because he’s “got a mom and a sister and a family,” adding:

“I’ve always been suicidal, but I’ve never had the balls, you know. Which I’m very lucky. For the first time, when I went away this time, I felt like I had maybe, almost, the balls. Because when you’re not feeling good and you’re going through all this stuff and there’s people at your house in Staten Island, it just really drives you f**king crazy.”

Thankfully, working on his craft helps keep Davidson away from those dark thoughts. He said:

“It’s the only thing [that helps]. I love it. I love writing, I love hanging with my friends, they’re all really funny and cool. It’s the ultimate distraction.”

Let’s hope he has a long and prosperous career then!

If you haven’t seen Pete’s interview with Charlamagne yet, you can watch it in full (below). 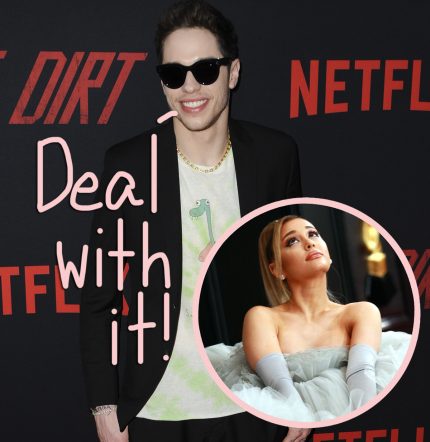 Pete Davidson Calls Out Ariana Grande For Spray-Painting Herself Brown: ‘My Career Would Be Over Tomorrow’ 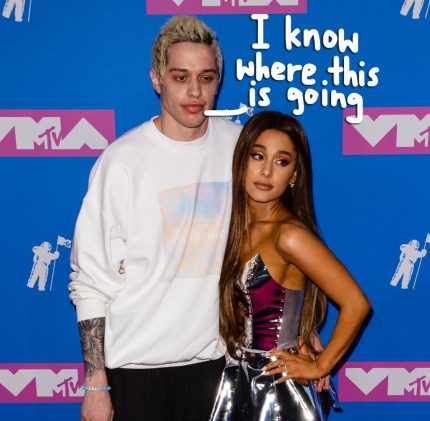 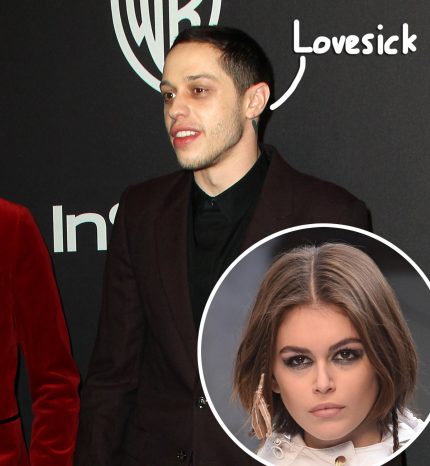 Pete Davidson Gets Candid About Kaia Gerber Split & MORE Of His Famous Exes: ‘I Love Love’ 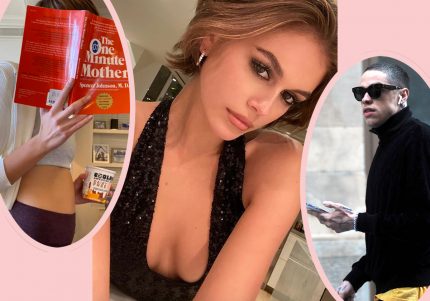