When the comics life fell apart, he sought solace in the music of 2016. He discusses the songs that saved his life 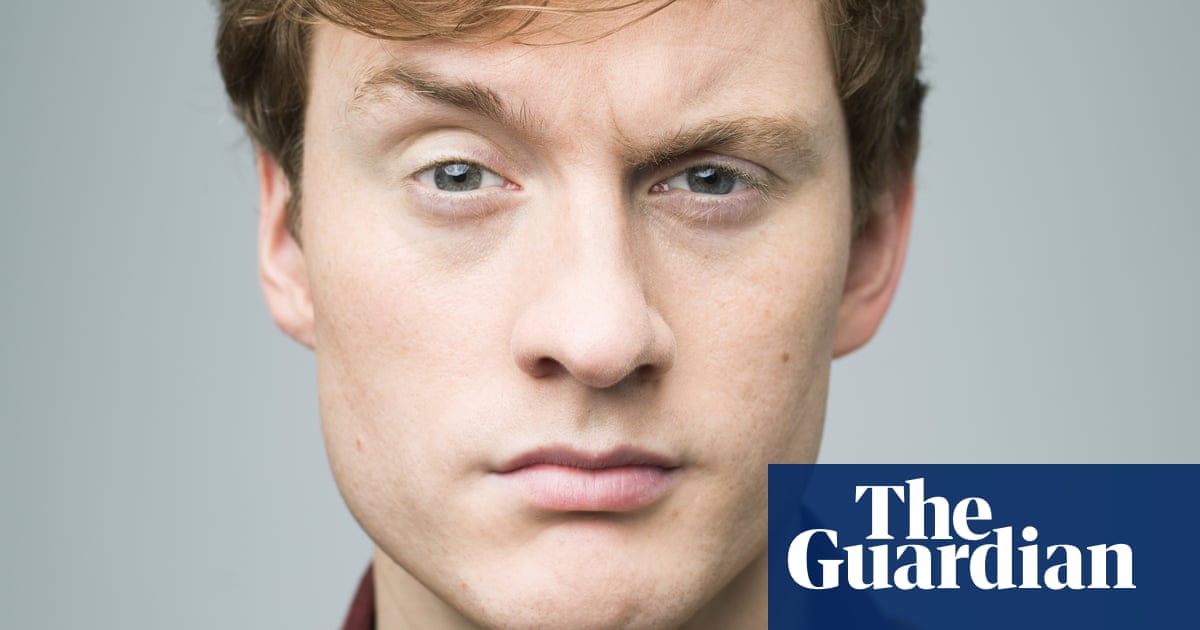 James Acaster strongly believes that 2016 was The Greatest Year for Music of All Time. If this sounds random, then know that theres slightly more to the story. Best known for eccentric, meandering standup shows with brilliant titles like Cold Lasagne Hate Myself 1999, and a run of acclaimed Netflix specials, Acaster had an annus horribilis in 2017. Over 12 months, he broke up with his girlfriend, parted ways with his agent, and his mental health suffered, all while the world seemed to be imploding with Trump, Brexit and wall-to-wall celebrity deaths. And so, naturally, Acaster decided to invest in no less than 366 albums from the year before, kickstarting what he describes in his new book as a mild distraction [which] gradually grew into an obsession that ultimately changed my life. Perfect Sound Whatever, out now, is the tale of Acasters new record collection, his personal challenges, and how he made it through to the other side. Here he selects five songs that saved his life, from skittish Japanese electronica to yodelling. Music to make you love or laugh.

I liked this one so much I named my book after it. Its by an American singer called Jeff Rosenstock whos been in tons of ska and rock bands, and its about how perfect[ion] is something that no one will ever achieve, and how its not even really a thing. That was something Id never really thought of until I heard the song; I definitely struggled every time I didnt get something exactly right or just got something wrong. Id really beat myself up about it and feel guilty. I dragged myself through the mud, a lot of the time. I didnt even know that that was what the song was about at first, until I put it on when I was filming my [Netflix] comedy specials and properly listened to the lyrics. I was feeling anxious that they werent going to be any good, and it made me feel relieved, and a lot less stressed. Do I think Jeff should be more well-known? I wouldnt want to fling him towards the audience of Britains Got Talent or something, so for his sake lets not make him too famous.

Id seen [US rapper] Nonames mixtape Telefone on loads of the Best of 2016 lists but I didnt really bother listening to it. When I did eventually get round to it I was like, Oh Ive been such an idiot! I used to judge records by their covers, and I just didnt like the front cover of her album, the skull drawing. I dont do that any more, though Ive got some great albums with ugly covers now. I love how she talks about so many universal experiences, and how shes really vulnerable and open with her feelings. Its a summery album, but there are also topics like police brutality and abortion in there. On this track, I love this line she slips in just before the chorus she just sort of squeezes it in: I wish I was a kid again I dont wish I was a kid again, but sometimes adulthood is still a bit daunting, and that thought does enter your head in the same fleeting little way that she sings it.

Foodman is a Japanese experimental electronic artist, and his track Mid Summer Night really transformed my music taste. Nothings in time with anything else, and its a bit all over the place, but something about it really works. I love the feeling of the trembling, skittish drums that are off on their own; they get called sloppy drums, which a lot of drummers dont like because its actually the illusion of sloppiness and its actually really hard to get right. I would have disregarded this kind of music as noise before I started listening to all of these albums, but I got really into it. Ive always thought electronic music had to be either slick, highly produced stuff or a weird, impenetrable mess, but with this I found something in the middle. Im not into clubbing. I wasnt going out and listening to dance music, so I didnt have that experience. I feel like I should maybe go to [London club] Fabric at least once, though.

You might know Kevin Abstract from Brockhampton, who are a kind of rap boyband with tons of members. They make quite topical music and they each have a load of different viewpoints. Its nice to have that encapsulated in a group. Still, I dont know how youd schedule band practice I struggle enough trying to hang out with one person. Emptys the first track from Abstracts solo album, American Boyfriend: A Suburban Love Story, which Id say has a kind of updated 90s feel to it. Here, hes mostly rapping about his boyfriend but also his mum, and feeling conflicted about being accepted by certain people but not by others. Its such a catchy song. Theres a lot of intelligent stuff going on in there, but its not heavy handed. Its a bit like Kanye West and those other artists whove made mainstream music a bit more inventive again.

Out of all the songs that I listened to from 2016, this was the one that I loved the quickest upon listening to it. I just fell in love with Adam Torress voice its really high-pitched, almost like a yodel. Youll either like it immediately or youll laugh. I interviewed him and he was exactly as youd imagine from his music: he lives in Texas among all of this sprawling empty space, and the only things in his town, Driftwood, are a post office and a graveyard. I like to hear music thats a bit traditional but done in a non-traditional way. I also really like Awo, which is an album by a Black Sabbath-type math-rock album by an Ethiopian band called Ukandanz. What unexpected record would I make? Id probably collaborate with Slowthai. Weve grown up in similar places hes from Northampton, Im from Kettering we both like hip-hop, and we both seem to have a sense of humour. Id happily reach out.

2,085 thoughts on “James Acaster: Adulthood is still a bit daunting”