After 25 years, ‘The Far Side’ is back — with an online debut and new comics! 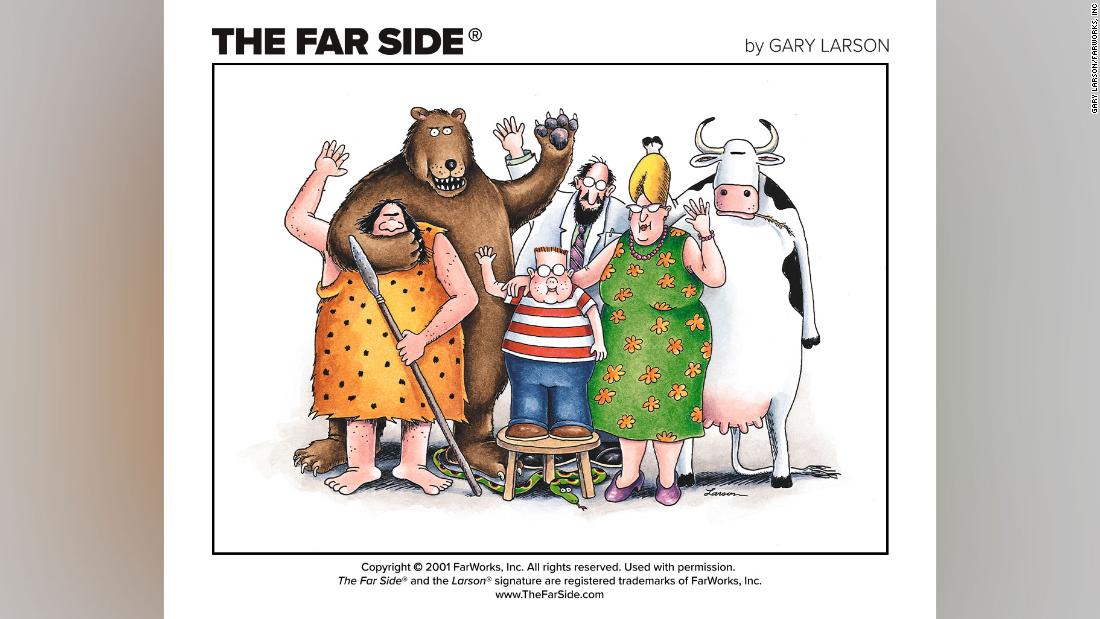 (CNN)Nearly 25 years ago, when Gary Larson retired from drawing his iconic single-panel cartoon that ran daily in newspapers from 1980 to 1995, he didn’t think much about what the budding internet might have to do with his work.

And to celebrate 2020, the fortieth anniversary of “The Far Side,” the site will occasionally premier brand new work from Larson.
Larson said changes in technology eventually convinced him the time had come for his cartoon creations to go digital.
“It’s always been inherently awkward to chase down a Far Side–festooned website when the person behind it is often simply a fan. (Although not everyone is quite so uncomplicated in their motives; my cartoons have been taken and used to help sell everything from doughnuts to rodent control. At least I offer range.),” Larson wrote of his ongoing battle against copyright infringement.
But the cartoonist said trying to exert his control over his cartoons had become “an uphill slog,” and that he hoped the new website would help.
“Please, whoever you are, taketh down my cartoons and let this website become your place to stop by for a smile, a laugh, or a good ol’ fashioned recoiling,” he wrote.
Larson wrote he appreciated technological advancements in security — though he noted the possibility of having his site compromised. But a big technological advancement that convinced Larson his cartoons could live online was the advancement of graphics.
“Man, did those old computer screens suck when it came to visual nuances,” Larson wrote, explaining that he didn’t previously feel the details and minutiae of his cartoons could be properly seen on monitors displaying online content. “On today’s computers and devices, voilà!” Larson wrote.
At the time of Larson’s retirement from daily syndication in 1995, The Far Side appeared in nearly two thousand newspapers, forty million books and seventy-seven million calendars sold and been translated into more than seventeen languages, according to The Far Side’s long-time publisher and host of the website, Andrews McMeel Universal.
Now the characters, creations and cartoons of The Far Side can add the world wide web to the list of accolades.
The cartoonist closed his letter with one more message to fans, “I hope all the reasons I’ve given here help explain why I’m so late to this party. But I’m finally here. And I could use a drink.”